PPC 120 is a fabulous issue, where Nawal Nasrallah discusses a kind of Bunk, which isn’t what people talk, but a far more useful entity, essential at meal times, from the Arab world in medieval times.

We have Riddling Menus from Leehu Sigler and Nathalie Cooke, varying from Chinese menus, to ‘Enigmatic Bills of Fare’, ‘Enigmatical Dinners’ or ‘Intellectual Feasts’, from eighteenth-century England, where people were served ‘Melancholy Soup with Crooked Sarah’ – Sarah being ‘Sal-Awry’ to mean ‘Celery’. We urge you to buy the issue, or a subscription, using the tab below. Here is a small taster from PPC 120:

The subgenre of ‘Enigmatic Bills of Fare,’ often called ‘Enigmatical Dinners’ or ‘Intellectual Feasts,’ seems to first emerge in early eighteenth-century England. These menus are handwritten manuscripts that frequently appear, like the Enigmatic Bill of Fare in the Doncaster Collection, among other non-riddling recipes and medical remedies. The Enigmatic Bill of Fare featured below is the first known riddle menu of the period, dating from 1733.8

Little information about this practice survives. It is not entirely clear if these menus were given as invitations to guests or if they were placed on the table during meals to describe the dishes. Neither is it certain if the dishes represented were even served at all. To further complicate the history of the Enigmatic Bill of Fare, some manuscripts suggest all – or none – of these possibilities.

However, the riddles themselves offer us glimpses of the kind of knowledge and skills required of dinner guests. For example, many of the riddles are word games and puns, playing on the wit and humour of those at the table. Phrases such as ‘Melancholy Soup with Crooked Sarah’ (‘Sal-Awry’ to produce ‘Celery’), ‘A Dutch Prince in a Puddling’ (‘Orange Pudding,’ with a nod to William of Orange), and ‘The Divine Part of Man Boiled’ (‘Stewed Sole’) all suggest the playful aspect of these dinners. And these riddles were probably designed to prompt appreciative laughter when solved (or not). Others, however, question guests’ general knowledge. ‘Part of the Zodiack Buttered’ (either ‘Crab’ or ‘Fish’) and ‘The Grand Seignor’s Dominions Larded’ (‘Turkey’) both suggest that the riddle solvers had to employ previous knowledge to understand the dishes at the table. This Enigmatic Bill of Fare also contains a Biblical riddle, ‘The First Temptation in a Small Blast of Wind’ (‘Apple Puff’), one of many that begin appearing as the tradition gains currency in England, and afterwards in North America.

88 Does the Tea Taste Better?

114 Quiche: The Etymology behind the Variation in Crusts and Fillings 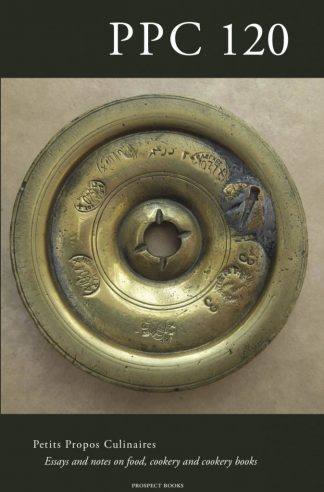