PPC 118 is a celebratory issue, because we will all have got through 2020, a real matter for celebration.

Peter Brears takes us to the Bristol docks where the spanking new passenger ship, S. S GREAT BRITAIN was launched in July 1843. The ship had been designed by no other than Isambard Kingdom Bunuel. Peter Brears helped in the restoration project in 2004, and prepared designs from original drawings for a reconstituted historic galley area. The cooking apparatus, menus and preserving methods for long voyages are all detailed by him. Then, Vicky Hayward takes us to Spain, and friary cook Juan Altamiras and his kitchen at San Cristóbal. And there is a further ancient Turkish text from Charles Perry and the Nuruosmaniye Library, Istanbul, with tenth century recipes. We are promised the results of cooking for a sweet tooth.

S.S. Great Britain: its Galley and its Food

‘And in the Morning the Cook … Shall Go into his Kitchen’. Juan Altamiras’ New Art of Cookery, its Origins & Defining Influence on Modern Spanish Cookery

Today’s concentrated beef essences are sold to us as crumbly stock cubes or rich and viscous liquids but the antecedent of these condiments was a form of very stiff beef jelly which, over time, was commonly known as ‘portable soup’ (we will use this name too). The origin of portable soup is, like so many recipes, unknown. The techniques of making jelly were well known to medieval cooks – the fifteenth century Italian cook Platina used sheep’s feet to make basis of a savoury jelly and an English manuscript of the same century, An Ordinance of Pottage, has several recipes involving jelly. A typical one is ‘Gely of flesch’, a mixture of meats served cold in a jelly – which was made by seething cleaned and split calves feet to obtain a clear broth which would gel when cold. Mediaeval cooks well knew that a jelly could be obtained by slow simmering joints of meat, especially the feet and hocks of calves and pigs and allowing the liquor to cool. Much care was taken to produce a clear jelly as the base for brawns or coloured confections and cooks must have realized that, by long simmering the stock to concentrate it a ‘strong jelly’ might be obtained.2

By the late sixteenth century, making jelly using feet – usually calves’ – was an accepted part of cookery. This recipe from about 1590 is typical:

To make a good Gellie First, take foure Calves feet, and scald off the haire of them: then seeth them in faire water till they be tender. Then take out your feet, and let your broth stand till it be cold: then ye shall take of cleane the feet from it. and then put Claret wine and a little Malmesey to it: if ye have a pottle of Gellie water; then put to it a quart of wine, and a pint of Malmesey, then season it with Ginger, one ounce and a halfe of Sinamon, twelve Cloves, twelve pepper corns, and a little Saffron, so boyle all together: and then put it to your Gellie, till it be somewhat keeled, then put in your whites of Egs, and let all these boil together. Then set all these by, and a while let them run through your bag.3

Slightly later, in 1615, Gervase Markham included a similar recipe in his English Housewife:

To make the best jelly, take calves’ feet and wash them and scald off the hair as clean as you can get it; then split them and take out the fat and lay them in water, and shift them: then boil them in fair water until it will jelly, which you shall know by now and then cooling a spoonful of the broth: when it will jelly then strain it, and when it is cold then put in a pint of sack and whole cinnamon and ginger sliced and sugar and a little rose-water, and boil it all well together again: then beat the white of an egg and put it into it, and let it boil more; then put a branch of rosemary into the bottom of your jelly bag, and let it run through once or twice.4

Markham went on to colour his jelly. The recipe is included in his section on banqueting foods, and, like that from c. 1590, it was to form the basis of a sweet confection. For a sweet jelly, served in small glasses, a ‘weak’, quivering jelly was required – perhaps Shakespeare had such a dessert in mind when he writes that, when Hamlet’s father’s ghost suddenly appeared before two watchmen, ‘they distilled almost to gelly’.5

For more robust dishes, especially jelly turned out onto a plate in the form of a dome, with pieces of meat or fish suspended in it (like modern-day brawn) a stiffer jelly was required – this came to be known as strong jelly. 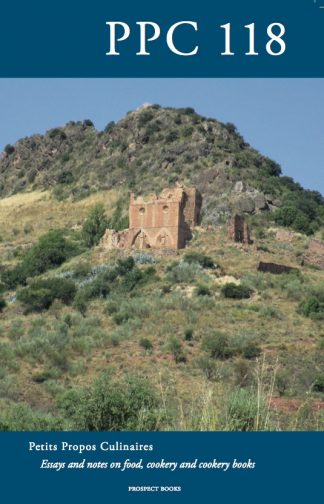