PAUL CLEAVE lives in Crediton, Devon. He has researched the history of Devon tourism, with particular emphasis on local foods. His collection of food books and ephemera is being exhibited at the Exeter Museum this winter. SALLY FINE lives in South Carolina and has had a long career writing about food and wine. PHIL IDDISON is a civil engineer who lives in west London and has worked in the Middle and Far East. He has written over many years for PPC and is a seasoned contributor to the proceedings of the Oxford Symposium. ALISON LOCKER is an archaeozoologist who specializes in fish-bone accumulations. She now lives in Andorra, but is attached to the University of Nottingham. ANTHONY LYMAN-DIXON grew herbs south of Bristol. He has now retired and his herbs will now grow merrily in the medieval herb garden of Pistoia. He has written much on the history of herbs and other edible plants. PROFESSOR LOREN D. MENDELSOHN is Chief of the Science and Engineering Library at the City College of New York. His interests include the history of science and information technology. DI MURRELL wrote a couple of issues ago about cooking on narrow-boats. She lives mostly in France and, with her husband Tam, trains people in inland navigation. HENRY NOTAKER lives in Norway and is an independent scholar who has published important works on the bibliography of early European cookery books. His Printed Cookbooks in Europe 1470–1700 was reviewed by Malcolm Thick in PPC 94. His website may be visited at <http://www.notaker.com>.

A conference on the history of dining on railways has been announced for 16–17 December 2014, to be held at Tours in France. It is organized by most prestigious names (largely French) and is taking as its remit railways throughout the world. All those who delight in quaffing fine Burgandy while watching the world go by will doubtless wish to attend. Further enquiries should be made to: Jean-Pierre Williot <jean-pierre.williot@univ-tours.fr>, Laurent Tissot <laurent.tissot@unine.ch>, Michele Merger <mi.merger@virgilio.it>. Proposals for papers should be submitted by the end of November 2013.

The Leeds Symposium on Food History and Traditions has been announced for 17 May 2014 at Friends Meeting House, Friargate, York. The subject is Jacks and Jaggers: Kitchen technology in England from 1600 to the Second World War. Speakers already announced include Peter Brears on charcoal and steam, David Eveleigh on gas, Tony Weston on spits, Giles Cowley on wrought iron and steel in the kitchen, and Michael Finlay on pastry jaggers. More information from the Hon. Sec., Robert Whitehouse, 5 Parkland Drive, Darlington, DL3 9DT or from their new website <www.leedsfoodsymposium.org.uk> whence application forms will shortly be available.

Details of the next Symposium at St Catherine’s College, Oxford are now available online at www.oxfordsymposium.org.uk. The subject this time is Food and Markets; the date is 11–13 July 2014. There is a call for papers with a deadline for proposals of 20 February 2014 (ultimate deadline being not more than 5,000 words by 30 May). The organizers describe the topic thus: ‘to examine the historical, sociological and practical aspects of the economic exchange between producer and consumer through which food arrives on our tables. Not forgetting the pleasures of marketing: the excitement of discovering new ingredients; watching the skill of a market-cook prepare a dish to order; the sheer enjoyment to be found in the peace, charm and sunshine of wandering around an open-air market in an unfamiliar (or familiar) part of the world and learning how people live.’ The Symposium has a more energetic corporate life than it used to. The website is the gateway to enlightenment.

I am presently working on the text of Constance Hieatt’s last book, an epitome of recipes for every (or almost every) dish identifiable from medieval English culinary manuscripts. One of them is for a fish pudding for Lent and is taken from Cambridge University Library MS Ll.I.18 (dated 1485) which was published in A Gathering of Medieval English Recipes, edited by Professor Hieatt herself (Brepols, 2008). The translated text reads: ‘Take the stomach of a pike, cod, or fresh ling, or a nice small pocket of linen cloth, or else the back of the cod or the ling with what cleaves to it. Chop all these [the contents, not the stomach itself] small to make your pudding minced. For the stuffing, take the liver of the cod or ling and a piece of the same fish, or a piece of fresh salmon, and chop it finely, and draw it up with the broth of their fishes through a strainer. Add currants, salt, and saffron, and fill the stomach reasonably. Simmer it over a slow fire, then boil it and serve it forth.’ (My italics.) Is this not an early example of the pudding cloth, normally dated to the end of the sixteenth century?

Eileen White came back from her holidays and sent us details on this museum of cooking history in Prague, Jakubska 12, 110 00 Praha 1 – Staré Mésto, <http://www.muzeumgastronomie.cz>

Claude Houghton’s novel I am Jonathan Scrivener (1930, reprinted 2013 by Valancourt Books, Kansas City) was much recommended in a recent round-up in the TLS of undervalued books from yesteryear. I must confess that I found it underwhelming. However, he does write about a visit to a Japanese restaurant in London. The narrator’s account and his reactions to the food are certainly worth reading. He was taken there by a playboy figure named Rivers who starts by exclaiming:

The perils of engaging with the British government via the Internet are so disturbing that I must record the Jaine family’s frustration and abhorrence. We all know the various government IT fiascos that have been bruited abroad, yet sometimes we have had smooth, speedy and elegant contact with the civil service by means of the computer. We have gloried in the ease of paying our vehicle excise duty; we have wondered at the efficiency of the VAT return designed for online completion. Yet we have also read with alarm of the fate of online benefits claimants who are not equipped with the correct hardware and software. Our most recent encounter with the governmental juggernaut has been my wife Sally’s attempt to make a GiftAid return to HMRC on behalf of her parish church. It was once paper-based, then was promoted to an efficient and simple online form, but now has been upgraded to something altogether more complex. For some reason, the simple route is only available to those with the right sort of computer operating system (Windows); otherwise, for those with Macs, it is a deep country lane to nowhere. We battled for hours to download the right software. We failed. We compared notes with other volunteers. They, too, have failed. The Diocese, perhaps, is in an uproar. Church roofs will collapse. Stipends will be left unpaid. I hope so. No comment has yet been extracted from HMRC. Just in case you think I’m an old buffer who hates bureaucratic government, I could have written a similar paragraph about my hatred for the systems erected by Apple for the resolution of errors in their hardware. If you are over 40, never, I repeat, never, tangle with an Apple Store. Kafka is light reading in comparison.

A conference has been announced at the University of Adelaide, Australia on Food Studies: a Multidisciplinary Menu; the date is 17–19 February 2014. The topics include: food/gastronomic heritage; diet and culture; food studies as methods; drinks and drinking; contemporary debates on food and consumption; food and travel, migration, and globalization. For more information you can e-mail <foodstudiesconf@adelaide.edu.au>. 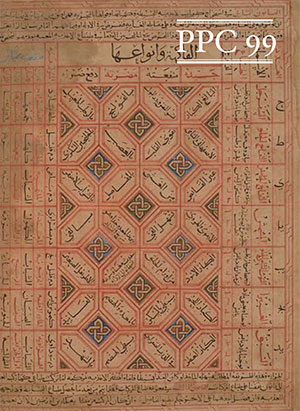