Anthony Lyman Dixon This is the text (lightly adjusted) of a talk given by the author at a conference in Italy on herbs. Because we are attending an English-language conference based on food in an Italian herb garden, it seems apposite to look at poisoning, the aspect of herbs that has been most closely associated with Italy in English minds for six hundred years. Ask a Brit to name any Italian Renaissance figure and the answer is almost invariably Lucretia Borgia. In fact Lucretia Bodger, the Transpontine witch, Transpontine in this case referring to Battersea Bridge, was a popular character in a Daily Mail cartoon in the 1950s. From the translations of Boccaccio to the movies of Edgar Allan Poe novels, via the plays of Ford and Webster; the operas of Verdi and the histories of John Addington Symonds, the imaginations and prejudices of those of us north of the Alps have trembled with delicious horror at the tales of treachery and death perpetrated by those safely tucked out of harm’s way just on the other side of the mountains. I want to look at the truth behind these stories, the extent to which the Italians have brought their reputation upon themselves, and whether women were the literally venomous creatures they were cracked up to be. Like the detective in a classic mystery novel, we will look firstly for motive, then at the means, then the suspects. There are three classic motives for murder: sex, revenge and greed. In the context of poisoning, the act generally involves killing individual victims. If this theory has any validity, we can discount the Dominican claim to have saved Florence by poisoning the Holy Roman Emperor and half his army in August 1313. (Moreover academics are inclined to spoil the story but enhance the theory by blaming food naturally infected by anthrax.) The sixteenth-century French abbot Brantôme put his finger on the first cause, sex, when he ascribed it to the frustration young girls married to men too old to satisfy their appetites. They turn to younger men and their husbands punish them horrifically. Since the penalties for adultery and murder were much the same he said, murder was the better option. The grieving widow could then carry on with her lover as before, funded by a generous inheritance. Alternatively, as Mary of York worked out in the court of Louis XII, she could give her elderly spouse such an energetic time in bed that his heart is exhausted – the widow would be hailed as a right little raver; to be fought over by her late husband’s younger friends, the healthy ones at least. The good abbot advises that it is acceptable for a woman to dispose of her husband this way, but recommends a gentler approach to her lover, to ensure there is something left of the poor man for her to enjoy on succeeding occasions. Disposing of a husband’s mistress for fear she might provide him with an heir, or simply to get rid of the competition, was another reason for murder. Murder was obviously the woman’s best option but it had to be done subtly. As man had been created by God in his own image (unlike women who were merely cobbled up from a man’s spare parts), the sacrilege of killing a divine creation demanded a hideous death. In the ecclesiastical hierarchy, a favoured means of climbing the ladder has always been to bump off the opposition. A fine example of this occurred in Lazio in 936 when Raifredus, abbot of Farfa, was poisoned by two of his monks when he tried to institute Benedictine reforms. Campo, one of the killers, became abbot, and he and his accomplice installed their hordes of wives and children. Campo was then ousted and another reformer put in his place; but he too was poisoned. The only successful way to ensure a third reformist abbot was by simony. In medieval Italy, poison was the preferred option for getting rid of one’s enemies. Killing unobtrusively, before the days of firearms, was always tricky and, if you were caught, your arms would be pulled off and your flesh shredded before grateful death embraced you. continues… 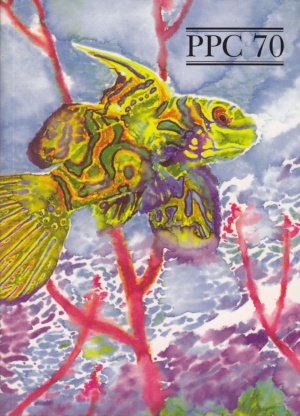