PPC 121 will have you reaching for your cooking pots and encyclopedias at the same time, and possibly some of our backlist volumes.

We have Utku Can Topçu writing on the origins of blancmange, comparing it to historical recipes for white chicken savoury dishes, some mentioned in Apicius where they are name checked as ciborium album. Then the milk pudding tavukgöğsü, Turkish milk pudding made with chicken breast, and also medieval versions of blancmange using almond milk, almost as fashionable as in the twenty first century. Blake Perkins tells us about the London Tavern, which set the pattern for a new kind of tavern that dominated the social and cultural life of the metropolis until the middle of the nineteenth century. Indeed, in 2020, William Sitwell chose the very same London Tavern as one of three restaurants that changed the history of eating out in London (Daily Telegraph). So we are at the same time, a food history cornucopia and a trove of information that is completely relevant to present day food trends.

13 Who Were the Readers of Soyer’s Shilling Cookery for the People?
David Lewis

45 Arab Origins of Tavukgöğsü and Blancmange: An Overlooked

71 ‘A Cult of Cactus Eaters’: To Live and Diet in L.E. Landone’s Los Angeles

110 What Indeed Was Bunk? Charles Perry

114 Are the Lexicographers out to Lunch? William Sayers 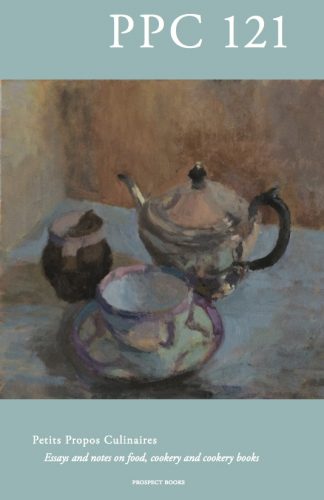