A feisty, entertaining and historical account of Anglo-Saxon cooking and eating, covering several centuries, circa. 400 to 1066 CE. Emma Kay believes that the modern world has a huge amount to learn from ancient times. As we discover more fascinating pieces of information about our earliest ancestors, resulting from recent historical digs, we are increasingly interested in which species and plants nourished early human beings. Emma Kay’s book gives us evidence based information from historical artefacts and plants, showing us what our ancestors had at their disposal for survival. However, they were more likely to catch shell fish with their quick fingers, and use rudimentary traps to secure small birds and creatures. They also would have had grasses and early wheat to make simple bread. Her book discusses the nature of culinary transitions in terms of Roman and Scandinavian influences, as well as illuminating us with her knowledge of social and political Anglo Saxon communities.

Meat, Mussels, and all the Fish

Emma Kay is a historian, and was a senior museum worker before she discovered food history. She is now a food historian, author and collector of Kitchenalia. She lives in the Cotswolds, in the Roman town of Cirencester, with her husband and young son. Emma has written for BBC History Magazine, and she is the author of nine books. The Dark History of Chocolate was released in 2021. Emma is a member of the Guild of Food Writers. Her book will be part of the excitement surrounding the opening of the new Anglo Saxon site and museum, Ad Gefrin, in Northumberland, slated to become the Sutton Hoo of the North, new for 2022. 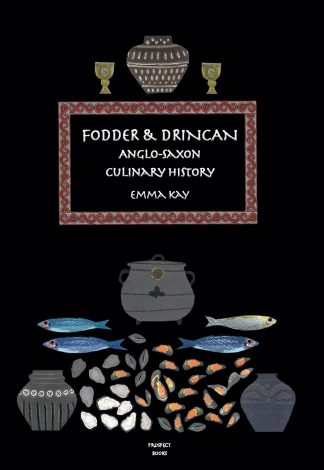