28 Polenta or Mămăligă? British Perceptions of a South-east European Dish

58 History on my Doorstep

70 The Author, the Bookseller and the Court Case: Maria Rundell vs. John Murray

PPC 114 is a compendium of fascinating articles, as well as reviews and notice on important events in the food history year. Here is an extract from the article by Bridget Ann Henisch on Paper, in particular, baking papers.  For more information, you will need to read the full article!

By the seventeenth century, paper had found its place on the kitchen stage, and cooks were giving it many parts to play. It helped to prevent the danger of a scorched base during hours of baking in an oven: ‘To Make a Cake (1669) … Get a tin hoop … butter it well, and put it upon two sheets of paper well buttered.’ A smooth, flat sheet provided the perfect surface from which some fragile confection could be lifted, without the danger of breakage in the process: ‘To Make Cracknels (1671) … Lay them upon buttered Papers.’ Paper on which little cakes had been baked could easily be peeled away afterwards, when the time was right: ‘Shropsheere Cakes, A 17th century Household Receipt Book, … Take off the paper when they are cold.’ A sweet could be left to set on paper, with no fear that later on it would be impossible to detach it from the support: ‘Lemon Clear Cakes (1681) … With the point of a knife drop it on sheets of paper to dry.’ A paper cap added the finishing, protective touch to a jar of jam: ‘The True Way of Preserving (1681) … Put it into pots or glasses, and when it is cold, paper it up and set it in your closet.’

In such references, ‘paper’ is usually unqualified, but occa- sionally ‘white paper’ is called for: ‘To Make Marchpane (1600) … having white paper underneath.’ When this happens, cooks of today feel particularly close to their shadowy forebears, and picture them reaching, just as we do, for an inexhaustible supply of waxed or greased ‘kitchen paper’, readily available at even the most rudimentary grocery store. For those forebears themselves, however, matters were not quite so simple. Paper was not impos- sible to find, but effort had to be exerted, and attention paid. Caxton, the first to establish himself as a printer-publisher in Westminster, in the 1470s, imported all his paper stock, because none was produced in England, and this remained the case until the eighteenth century, when at last native success was achieved in the manufacture of white paper. Even so, paper in England was somewhat hard to find, and somewhat expensive to buy. Indeed, at certain periods, for example during the Napoleonic wars, there were actual, acute shortages of supply.

To add to the problem, a Government tax on paper was im- posed in Queen Anne’s reign at the beginning of the eighteenth century and, despite all the grumbles, this was not lifted until 1860. Thrifty husbanding of resources was required. Notepaper was often bought, with careful calculation, one sheet at a time. In David Copperfield (1849–50), Chapter 5, Dickens makes a charac- ter ask: ‘“Did you ever buy a sheet of letter-paper?” … “It’s dear,” he said, “on account of the duty. Three pence. That’s the way we’re taxed in this country.”’

Taxes on scarce supplies led in turn to taxes on eyesight, as ingenious ways were devised to cram as much content as possible on to each page. Many a published book was set in challengingly small type. Many a private correspondent laboured to fit two pages of news and gossip into one by writing the words of the second diagonally across the horizontal lines of the first. Idling away an hour in the port of Alexandria in 1844, Thackeray noticed a fellow traveller eagerly collecting his post at the British Consulate: ‘I saw a young Oxford man … slink off with several letters, written in a tight, neat hand, and sedulously crossed, which any man could say without asking further were the handywork of Mary Ann, to whom he is attached.’

Paper was precious, profits were to be made from waste paper, and any stray scraps which came to hand were seized and put to use. John Aubrey, an antiquarian at heart even as a child in the 1630s, was horrified all his life by the vandalism he saw in daily practice, and did his best to save what he could. One day he managed, just in time, to snatch to safety notes written by a learned friend: ‘1689. — I have rescued some of Seth Ward’s scattered pages from being used by the cook to put under pies.’ 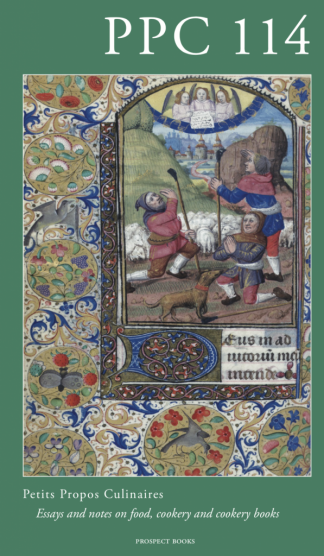