• A guide to the various types of outdoor oven• • Ideal for home build enthusiasts, rambling epicures, and food history lovers • This book sets out to investigate and celebrate a whole range of ovens, used and built the world over. By focusing on outdoor ovens, meaning those constructed or used outside of the home, as opposed to the average temperamental contraption found in most modern kitchens, we can learn about the people and communities that built and operated them. We know that people naturally gravitate towards a fire, and with a few recipes as well as instructions on how to build ovens, readers will warm to this book. If you can’t stand the heat, go al fresco! Josh Sutton is a freelance writer and illustrator with a focus on food and travel. He writes and illustrates a regular column in Camping Magazine and his features have appeared in The Guardian, The Yorkshire Post, Petits Propos Culinaires and a number of other publications including; Country Walking Magazine, The Big Issue and Green Parent Magazine. His first book, Guyrope Gourmet, came out in 2014.

Review of Food Worth Fighting For in The Guardian, 2nd July 2016, by PD Smith: At a time when welfare cuts and austerity measures have resulted in an estimated 1 million people being dependent on food banks, Josh Sutton’s original history of food riots is both timely and fascinating. The right to fight for affordable food is a largely forgotten tradition, argues Sutton; ‘an overlooked continuum of struggle dating back hundreds of years’. Indeed, he traces its origins back to the enclosure of common land beginning in the 15th century that left a ‘slow burning disdain’ among ordinary people. This exploded in riots: in the 200 years before 1820 there were more than 700 food riots in England. They ‘paved the way for the creation of the welfare state’. This tradition has morphed into the ‘food fight’ popular campaigns waged through social media against the practises of multinational food companies and giant supermarket chains. In this passionately argued book, Sutton claims that the level of poverty today means we may see food riots again: ‘We need to rethink our food systems’. 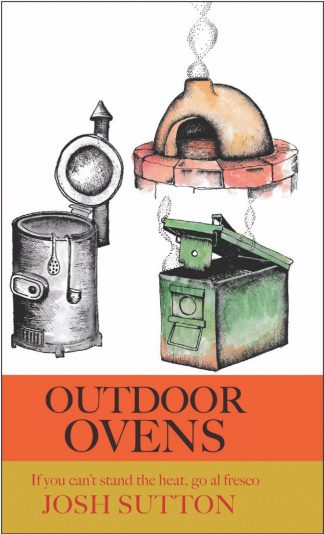 You're viewing: Outdoor Ovens – if you can’t stand the heat, go al fresco £7.99
Add to basket