• Winner of the André Simon and Glenfiddich prizes  • • ‘One of the 10 best fish books’, The Week •  Following the immense success of his Mediterranean Seafood, Alan Davidson resolved to apply the same recipe to the North Atlantic Ocean. This extraordinary work, the culmination of years of research, is the result. Far more than just fish and fish cookery, it distils the accumulated knowledge of generations of weather-beaten fisher folk, curious scientists and happy fish lovers in kitchens and dining rooms the world over. In an addictive cocktail of anecdote and lore the book combines scientific catalogue of edible marine creatures with recipes drawn from the Atlantic shores – and even the Baltic in a brief excursus to Finland, Russia and the Baltic States. The book is split between a catalogue, with drawings and description of each sort of fish, together with cookery notes and any information that might put it in context; and a recipe section which draws on the best methods of cooking these types of fish from the many countries best acquainted with them. There is a full index and bibliography. The chief delight of the book is the delicate skill with which so many facts are deployed. The style is at once playful and learned; accurate, yet with an eye to the surreal. The late Alan Davidson was a diplomat until 1975, thereafter devoting his life to writing about food. He was a significant catalyst of modern British food studies. He also wrote three definitive studies of seafood and completed the celebrated Oxford Companion to Food (1999). He won the Erasmus Prize in 2003 and was the subject of a BBC4 documentary in 2009/10. He died in 2003.

Below is an extract: 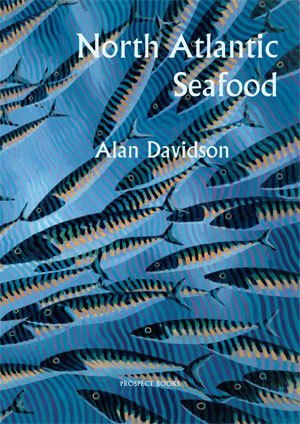