A selection of extracts from Mediterranean Seafood

The standard approach to Alan Davidson is awe-struck worship of his erudition and his precise but mellifluous prose. Both qualities gleam on every page of Mediterranean Seafood, first published in 1972. Full low-down on 200 species, giving everything you need to know. But Mediterranean Seafood is also a cookbook: a good catch of more than 200 recipes. Not only that, the recipes are more genuinely instructive than 90% of those from ‘real’ cookery writers. Full marks to Penguin, which kept this book in print for more than two decades. Ditto to Prospect, publishers of this new edition, for presenting it in a larger, more docile format. Watch for Davidson’s two other seafood books from Prospect next year. (And for his newly paperbacked Oxford Companion To Food, just out at £20.)

Derek Cooper relishes a batch of authoritative books for the gastronome

With Christmas on the way I propose a fistful of books for food lovers, starting with two old favourites of mine now back in print. When Alan Davidson was a diplomat he was despatched to Tunis to represent the Crown. While there his wife, Jane, bewildered by the diversity of the catch in the fish markets, asked her husband to compile a guide to the marine life in that part of the Mediterranean.

It was little more than a Roneoed list, but a fellow diplomat was so impressed that he sent it to Elizabeth David, who wrote about it in her column in The Spectator. Jill Norman, who was then cookery editor at Penguin, persuaded Davidson to expand the original and it was published in 1972 as Mediterranean Seafood. It remained in print for a quarter of a century and became a classic. Now it is born again.

Mediterranean Seafood (Prospect Books, £17.99) is both learned and entertaining. It gives the names in seven languages of 150 species of fish and it offers more than 200 recipes from Mediterranean and Black Sea countries. Alan Davidson’s great gift as a writer (which he deployed with consummate skill in his recent Oxford Companion to Food) is the ability to handle vast amounts of information without ever being dull. Prospect Books is also publishing Davidson’s North Atlantic Seafood and his Seafood of South-East Asia. They make a spellbinding trilogy. 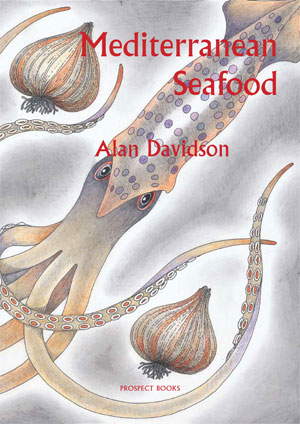