View basket “Traditional Food in Northumbria” has been added to your basket.
Sale!

Proceedings of the Oxford Symposium on Food and Cookery 2019

Food & Power (Oxford Symposium 2019) was a vivacious gathering, and the debates were heated. The Jane Grigson lecture came from Joanna Blythman, on the differences between the natural, homely world, and that of commerce, resulting in food ‘pyramids’, for example how a traditional diet of fish and seal fat, the Innuit diet, can be seen to be the top of a pyramid shape, with the carbohydrates and fatty processed foods  they sadly consume now forming the wide base.

The Power of Enjoyment in the Face of Industrialized Food

Serving Up A Slice of Africa: Reading Empire Adventure Stories as Textual Blancmanges of National Identity, Power, and Race

A Tale of Two Cities: Paris, London, and the Political Power of Food

Forging the Future, Making Peace with the Past: The Case of Ammachi Canteens in Sri Lanka

Gastrodiplomacy and the UK Diplomatic Network

Food as Power in the Letters of Isabella d’Este

The Muckamuck: Restaurants, Labour, and the Power of Representation

Starving for Rights: Hunger Strikes as Weapons of Resistance inside Farms and Prisons in the United States

Marxist Analysis, in My Food Technology? Fuzzy Legibility, Flavour Connections, and the Recent Dialectical Emergence of Post-Modernity in Cuisine

Counter Narratives: American and Canadian Feminist Restaurants from 1972 to the Present

Weaponizing Food: Communism, the Democratic Transition, and the Transformation of Taste

The Power of Eating Together, or the Story of Why Banquets Were the Core of Marriage in the Past

Not in One Place: Parenteral Nutrition and Time-Space Compression

Encounters of Food and Power in the Australian Colonial Contact Zone

Meat and Power in Communist Romania

Cooking in Calais: Resistance to the Food Desert in Northern France

Everything but the Kitchen Syndicate: How Parisian Cuisinières Cleaned up their Reputation by Tapping into Social Stereotypes

Sustainable Gastronomy: Power and Energy Use in Food

Mom vs. the FDA: How One Woman Got the U.S. Food and Drug Administration to Correct Their Evaluation of the Mid-Atlantic Golden Tilefish

Perceptions of Food and Italy’s Colonization of Libya, 1911-1912

‘To Make the Whole World Homelike’: Gender and Power in the Food Revolution

I’ll Tell You How to Cook to Tell You Who I Am: The Culinary Identity Constructions of the Eaton Sisters

Cannibalism and Power: Resituating the Narratives of Post-Soviet Foodways Through Vladimir Sorokin’s Feast

The Shared Power of Hunger Artists and the Viennese Actionists

The Power of Laws and Lies in the Italian Fascist Kitchen

Subsistence Depression in Alaska: Who Gets Paid? 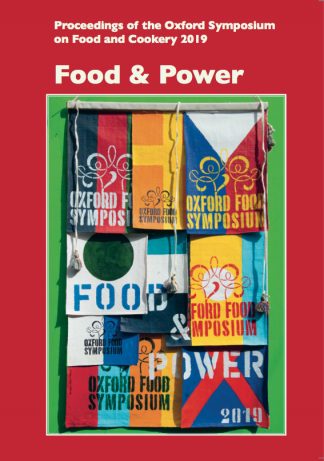