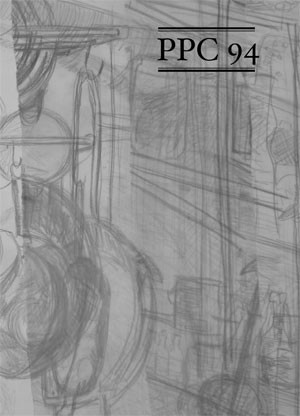 The grande trouvaille of our last French excursion was a book I found in a newsagent on the island of Noirmoutier at the mouth of Loire. We like Noirmoutier, particularly for its great salt and its new potatoes. Its hotels are perfectly adequate and it is lower key than the Ile de Ré (a bourgeois hellhole). The book in question is by Christian Martin, Le Bistro Noirmoutrin, published by himself at 18 euros. It is a history of the 1960s to the 1980s written by a participant in the catering scene from all those years ago. Liberally illustrated, it excites one’s fondest memories of eating out in the 1960s. The other day I had to contribute a tiny foreword to a Dartmouth book of recipes and the editors requested that I made it mildly historical. Mild it certainly was, because, of course, our memories of the recent past are so fugitive and I had difficulty summoning up anything useful or unique about the history of Dartmouth restaurants in my lifetime. Most of the people who were cooking and catering in the 1960s and ’70s are now dead, often due to their own excesses. It should be a public duty of all those who have good memories to write a book similar to Christian Martin’s. It’s both good for the soul and excellent for future generations. There is nothing more evanescent than the world of restaurants.

After some years, I have managed to produce a passable cider from our small orchard at Allaleigh. When we moved here, we only had dessert apples growing in the walled garden, plus one giant Bramley. A few years ago the local authority had an initiative to promote local varieties of apple. They went as far as producing saplings which you could have free for your own land. We took about a dozen, all Devon cider varieties, and planted them near the house in a field which we had lately purchased. For some seasons their crop was nugatory, but latterly their yield has increased, making it essential that we either find a cider-maker in need of apples, or that we turn cider-makers ourselves. Last year saw our first success, with about 70 litres put away in bottles strong enough to resist any urge to explode, and another 15 litres for immediate consumption. It seems to have aged acceptably. It is drier than we would wish, with less of a fizz, but we begin to enjoy it: and it is at least clean as a whistle. Experiments will continue to achieve a greater secondary fermentation in the bottle (thus fizz) and to stop the fermentation early enough so that residual sugar remains (therefore less dry). I am interested by how careful we are about sterilizing everything before use. What would our farmer-forebears have done? Does this mean that much of their cider was undrinkable because infected or off? I am also impressed by the high price of bottles for the home-brewer. Even the most basic litre bottles with Grolsch-style (swingstopper) tops are nearly £3 a piece. Of course, if you buy by the gross the price rockets downwards. We were also able, courtesy of a kind neighbour, to take advantage of high-tech pressing equipment. I rue that I never went to farm sales to buy some of the old cider-making gear, although it would probably have been on so large a scale that our barn would not hold it. The modern stuff is economic of space, if not of price. The initial pulper makes light work of barrowloads of apples, working on the principle of a garden chipper/shredder, while the press itself is a vertical perforated drum with, at its centre, an inner-tube that expands when hooked up to a garden hose. It expresses the juice faster than the most highly bred cow. Both these machines are German.

The twenty-seventh Leeds Symposium on Food History and Traditions will be held in York on Saturday 21 April 2012. There will be five speakers, including Ivan Day and Eileen White, and the theme will be vegetables, their usage and lore from medieval times onwards. The full programme will be available in mid-January. To add your name to the mailing list, please write to C. Anne Wilson, c/o Brotherton Library, University of Leeds LS2 9JT. <c.a.wilson@Leeds.ac.uk>

February 9–11, 2012 a cookbook conference at the Roger Smith Hotel, 501 Lexington Avenue (not far from Kitchen Arts), New York 10017 is being organized by Cathy Kaufman, Anne Mendelson, Adam Salamone, Bruce Shaw and Andrew Smith. It is looking at the history, production writing and publishing of cookery books, from all angles. Find the website <http://cookbookconf.com> for information and enrolment.

Small publishers delight in selling translation rights: indeed, some view them as their financial salvation. Such sales are a rare event here. Helen Saberi’s book about Afghanistan has been translated into Dutch and recently Traditional Recipes of Laos was produced in Thai and the original Lao in a very handsome edition. We have often tried to interest people in Honey from a Weed, but it seems the product of an English sensibility and not attractive to either the French, the Italians or the Spanish. Many of our other titles are, in a sense, untranslateable: they pertain very specifically to Britain or a British way of looking at things. Salvation translation is not. However, I managed to sell Rhubarbaria to the small French publisher Ecovie, taking as a swap their book on courgettes which we have recently put out as Cooking with Courgettes. I was delighted to receive copies of their rhubarb book. Another French book which I took on last year, our other autumn title, was Testicles, written by Blandine Vié and translated by Giles MacDonogh. It was a testing venture, for the French manner of discourse is not necessarily our own, and there was a large lexicon or glossary that needed conversion as well. How one makes sense of translating that is problematic. Giles did a wonderful job and the book is as humorous and attractive as it was in the original. We hope that the English will take to it. Currently, the mainstream press are not as excited as I am. For some reason they do not think a book on this topic compulsory reading for all. I wish occasionally that they were more adventurous. At the time of writing, the Americans seem readier to take it their hearts. For one reason or another, inevitably coincidence, translations seem to occupied much of our time this year, from the Greek of Archestratus and Geoponika, through the Middle English of Walter of Bibbesworth and the Corpus Christi College cookery manuscript translated and edited by Constance Hieatt which is going out under the title Cocatrice and Lampray Hay, to Castelvetro’s work on the fruit and vegetables of Italy, translated by Gillian Riley, which we are reissuing (but with improvements, though no illustrations) in a very short while.

There’s a new food quarterly in town called Lucky Peach. It’s American and emanates from the US restaurant group Momofuku’s David Chang (the name Momofuku means lucky peach). You buy it through the McSweeney’s website <http://www.mcsweeneys.net/>. It costs $10.00. It is impossibly modern and really quite lavish, very good fun and with top drawer contributors (Harold McGee, Anthony Bourdain and Ruth Reichl). The topic of the issue I purchased is Ramen in all its forms. Absolutely gripping, certainly worth buying again.

THE LAST OF THE ONION MEN

On our hols we bought a book of this title in the librairie in Roscoff. The author is Gwyn Griffiths, and she has put together a charming history with plenty of photos of the onion trade between Brittany and Britain as it was carried on by the Johnnies of Roscoff – often on their bikes, but by the time we knew them in Bath in the ’50s and ’60s they already had a garage and vans. In the end, of course, the trade got so substantial that they founded their own shipping company: Brittany Ferries – the firm we love to hate. It’s a nice little book and costs £5.50; it is nearly unique in being published simultaneously in three languages – Welsh, English and French. Look it up at <www.carreg-gwalch.co.uk>.

The book Testicles was first published in France by this house. It’s no suprise to find that they were selected as the best cookery book publisher at the Gourmand World Cookbook Awards in 2008. Their list is not large, it’s certainly not only about food, and is extremely striking. They are perhaps best known in France for their small but tall oblong books with the series title Dix façons de préparer. There are now well over a hundred of these, all costing 6.5 euros and all of 24 pages. The typography is deliciously and creatively traditional. Each tiny feuilleton is sewn, not stapled, with a stiff paper cover which is always distinctive for its careful choice of material. It is an object-lesson in design and presentation. They have in fact capitalized on their brand identity and produced other series in similar format. They have one on colours, one on sites remarquables du goût, on Spanish cooking from the restaurant Fogón in Paris, and finally a collection entitled Un produit, un paysage. I brought home with me from Paris a little book they published called Des Tripes & des lettres (20 euros) One quite interesting thing about this house is that they are not shy about their prices: this is a very little book, even though nicely produced in two colours. It reminded me of Mark Crick’s Kafka’s Soup because the book’s point is a series of pastiches or parodies of the giants of world literature writing on matters gastronomic. After each parody is a recipe, sometimes straight, sometimes fantastic, for all sorts of offal, from carp roes to calve’s eyes, calve’s ears stuffed with pistachio in a salad, to a top-hole calf’s liver en papillote. I think Crick has the edge for laughs, but it’s clever nonetheless.

Another French publisher I encountered for the first time this year is also not shy about prices. This is Montbel. It started as a bookshop, founded by Count Émile de Montbel after the War, specializing in books about hunting of all sorts. It has since developed as a publisher as well as bookseller and the interest to cooks is its series Dîners De Chasse, sub-category cuisine & saveurs. These take many of the huntsman’s prey as subject for a small but creative recipe book. Examples might be woodcock, venison, partridge, wild boar, pigeon, lark and other little birds, etc., etc., etc. The one I brought home with me was for duck: 96 pages, printed in two colours, with a refined traditional layout, costing 22 euros for a paperback. It is to be recommended.

I have received catalogue number 10 from this dealer, one of the very small number still specializing in food and drink books. The books are generally of the rarest, and thus most expensive, but enticing for their range and quality. Her address is 331 Portobello Road, London W10 5SA <ssrbooks.com>.