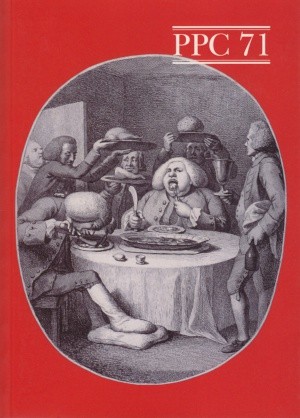 Once in a while a book appears that is both so thorough and so unexpected that one simply marvels. The New Kyrgyz-English Culinary Dictionary is such a work: an illuminating source on a Central Asian cuisine to whose very existence most of us have never given a thought. On top of that, this is the second, expanded edition. Since publishing the first one on the basis of sources available to her at the time, the author is making use of two years she recently spent in Kyrgyzstan obtaining dictionaries, cookbooks and other reference materials, to say nothing of tasting many foods. (By the way, a perusal of the book reveals that Bishkek, the name of Kyrgyzstan’s capital, has a culinary sense; it means a whisk for stirring kumyss, just as Kazan, the capital of Tatarstan, means a cooking pot.) The Kyrgyz language is written in a form of the Russian alphabet, which Weeks helpfully lists for the reader, with added letters for the sounds ng, ö and ü. Among Turcologists, Kyrgyz is known for having the most thoroughgoing vowel harmony of all Turkic languages. For example, if the first syllable of a word contains o, no succeeding syllable may ordinarily contain any vowel but ö or u. Given that there are many long vowels, indicated by doubling, this gives Kyrgyz a distinctive long-winded look; there are many expressions like bödönönüng eti (quail meat) and süröön naarïn (a dish made with a mixture of fresh and dried meat, served with kara döng, a beverage consisting of hot broth diluted with cold water). The Kyrgyz, who inhabit a mountainous area between China and Kazakstan, are still partly nomadic, and many entries show the nomad's heavy dependence on dairy products and grain. This book also gives many glimpses of Kyrgyz foodways, such as the boorsok chachma, a practice of dropping a kind of fritter (boorsok) into the cradle of a newborn with wishes of long life and fertility. When meat is served, cuts are portioned out according to the diner's age and standing in society; the oldest and most respected women receive the tail section called kuimulchak. Because Kyrgyzstan is in the mountainous region between Kazakstan and China, there are a certain number of Chinese words here, such as shapshïma, a dish of meat and onions in strong broth (I suspect there it also contains noodles). There are also some borrowings from the Tatars, who travelled far in Central Asia as merchants; one is the soft flatbread chuürök. A few words even come from Afghanistan (chake, a dried curd cheese) and India (chabatï, chapati baked in a cauldron). And in more recent years, Western words have entered the mix, though as Weeks makes clear not always in the obvious sense. Gamburger means either an American-style beef hamburger, or a sandwich made with small pieces of mutton – or a slice of ham – on a roll. If I could ask for any change in the third edition, it would be for more detail. Both jal and jaya are called delicacies made from horse fat, though if the Kyrgyz follow the same butchering practices as the Kazaks, one comes from the side of the hind leg and the other from beneath the mane. But there is already enough detail to make the dictionary an appealing and eye-opening read. The publisher styles itself Martha’s Samizdat, and this really is self-published scholarship on a very low budget. It’s a photo-reproduced handwritten text, available only from the author at P0 Box 306, Northampton, MA 01061-0306 (inquiries can be made directly to the samizdatel herself at <76050.2216@compuserve.com>). CHARLES PERRY

In eleventh-century Baghdad, a physician compiled a medical encyclopedia titled Minhäj al-Bayän. Among its thousands of entries were scores of recipes, soon to be excerpted and circulated on their own as a cookbook. These doctor-approved recipes were plagiarized by several later Arabic cookbooks, and there is much to be said about that. But what followed was more surprising. In the late thirteenth century, 82 of the recipes were translated into Latin by a certain Jamboninus of Cremona under the title Liber deferculis et condimentis, and in the following century the Latin was translated into German as Püch von der Chosten. Lately there has been an explosion of interest in the European versions, culminating in the present study. The heart of it is a facing-page Italian translation of the German text (the Latin appears only in the Commento that follows). Of course, there is a wonderful frisson in reading a medieval German recipe for banana fritters (it calls bananas paradis epfel, a loan translation of the Latin pomum paradisi). But this book is more than the translation, it is a substantial study of the presence and influence of Arab gastronomy in medieval Europe. Martellotti argues that the influence was even greater than Maxime Rodinson's articles have hinted. She derives ‘aspic’ from the Arabic sikbäj (via Latin forms such as assicpicum; a more persuasive etymology than the usual one from ‘asp’), suggests that the idea of stuffing ravioli was inspired by the Arab samosa (sanbüsaj) and points out that the medieval English cuskynoles might be the Arab biscuit khushkanänaj. Had she had access to Medieval Arab Cookery (Prospect, 2001), Martellotti would surely have addressed a few issues raised there, such as the nature of the medieval soy sauce murri (to be fair, Jamboninus was the one who misunderstood the Arabic recipe and left out the crucial step of rotting the barley, giving the false impression that murri was merely salty water). But this is undeniably an important book – and a gratifying one. It's good to see an academic scholar who can write about recipes without condescension. CHARLES PERRY

[A facsimile by John Cleaver of the undated complete text of the Corpus Christi copy of A Proper Newe Booke of Cokerye with an interpretation by Anne Ahmed, pp.23-81. Preface, Acknowledgments, and Introduction by the editor Anne Ahmed, pp. xi-xiii and pp.1-22. Also includes a Foreword by Christopher de Hamel, pp. vii-x; Recipes (adapted from the text), pp. 83-97. Bibliography, pp.98. Original Illustrations by Chihiro Mizuta; numerous other illustrations.] In celebration of the 650th anniversary of the founding of Cambridge University’s Corpus Christi College, a glorious new facsimile text of A Proper Newe Booke of Cokerye is now available. The Corpus Christi copy is the only surviving one of the undated edition of circa 1557-58. While this new facsimile owes and acknowledges a debt to Catherine Frere’s edition of 1913, this book has employed state of the art high resolution digital processing for the facsimile pages. In order to facilitate the digitalization, the actual book was removed from its binding and each page was digitized flat. As one might guess, this is not the way that most works are scanned or handled. This has resulted in the best possible image available; it also means that this work serves as an example as to what can be achieved in facsimile reproduction in the twenty-first century. On the left hand side of the book appears the original text in facsimile. On the facing right page appears Anne Ahmed's carefully interpreted text for the modern reader. It is the best of both worlds. Ahmed has not reproduced the original text but expands upon it. Thus, we are told, ‘Brawn (usually wild boar meat) is best from a fortnight before Michaelmas (about mid September) until Lent (between February and March). Beef and bacon are good all year round.’ This makes the work accessible to a modern reader who is not already well versed in the language of sixteenth-century English culinary texts. The editor Anne Ahmed is the wife of the present Master of the College, a distinction that she shares with Margaret Parker, the presumed owner of this book. The original cookbook was given to the college as part of Matthew Parker’s donation in 1574. Parker, 1504-1575, became the fourteenth Master of Corpus Christi College at Cambridge in 1544 and served until 1553. He married Margaret Harleston in 1547. She thus became the first Master’s wife at Corpus Christi College. Parker later served as Archbishop of Canterbury during the reign of Elizabeth I. Besides providing the modern text to the accompany the original text, Anne Ahmed has also provided a very valuable introduction that establishes Matthew and Margaret Parker’s places in English history. [This should prove most helpful for members of an American audience who probably have little idea as to who Matthew Parker was or what place he holds in English history.] So much with this edition of A Proper Newe Booke of Cokerye has been done right. The line illustrations while simple are yet very appropriate and are done in contrasting red. The other illustrations are equally well chosen. The adapted recipe section, while not comprehensive, gives one a flavour of what might be possible should one want to adapt the original recipes and serve them today. It should be mentioned that the Worshipful Company of Cooks of London provided funding in part for the publication. Lastly and this is most important, the volume neatly fills the gap in making available the undated edition for purposes of study and comparison. Given that the editions of 1545, 1575, and 1576 are available either on microfilm (through the filming done by UMI) or available now online through the EEBO project (as offered by Proquest), with this volume in hand, one can survey and study all the known editions of this work and their subsequent influence on the cookery books of the late sixteenth century. Certainly the authors Thomas Dawson and A.W. made use of this work when compiling their own volumes in the 1580s. There are a few minor bibliographic quibbles that one might have with the work. The bibliography section mentions Peter Brears’ short booklet Tudor Britain, but does not mention his more encompassing work on Tudor cookery entitled All the King’s Cooks. The Tudor Kitchens of King Henry VIII at Hampton Court Palace (London: Souvenir Press, 1999). Readers might find useful another work that is unmentioned: F. G. Emmison’s Tudor Secretary. Sir William Petre at Court and Home (1961; reprint, Phillimore, 1970). Documenting the life of Sir William Petre (1505-1572), Emmison includes material on life in another Tudor household, including a great deal of information on food and drink, day-to-day menus, and household expenditure. The fact that Matthew Parker and William Petre knew each other and corresponded only adds to the value that can be gained by perhaps reading Emmison in conjunction with A Proper Newe Booke of Cokerye. Lastly, nowhere in the volume is it given, but it ought to be stated, that the undated edition of A Proper Newe Booke of Cokerye is properly known as STC (2nd) 3366. The editor Anne Ahmed kindly supplied me with the following information as regards pricing and availability: ‘At present the book can be purchased by sending a cheque made out to Corpus Christi College, for £10 plus £2 postage and packing (or £4 outside Europe). The envelope should be labeled: Cook Book Sales and sent to Corpus Christi College, Cambridge, CB2 1RH. It can also be ordered by telephoning credit card details to BPC Booksales (01223-352790) or purchased on the web from <www.bpccam.co.uk> It can be purchased from the porter’s lodge at Corpus Christi or from Heffers.’ Heffers does not as yet list the book in their online catalogue. In conclusion, the work is charming, extremely useful for its presentation of facsimile and modern texts, and extraordinarily valuable for any scholars and readers of English culinary history. JOHNNA H. HOLLOWAY Continues…