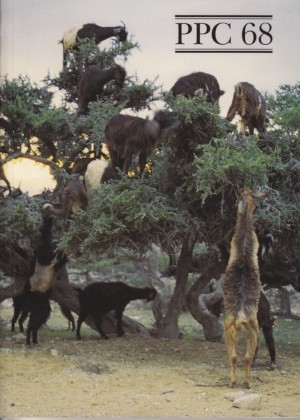 The Origin of French Fries

Entremêts. The cheruis [skirrets], cook them in water with a piece of butter kneaded with flour, some salt; it takes only a quarter of an hour to cook them; drain them and dip them in a batter made with wine, & fry them of a beautiful colour; the Salsifis, scrape them, cook them the same way or simply with water; it takes a much longer time; drain them & serve them in a good sauce blanche; the potatoes & the topinambours are cooked the same way; once drained, take off and discard the skin, & put them in a highly seasoned sauce blanche, or a sauce à la moutarde. (Translated from Menon, Les Soupeers de la Cour, 1755 vol. IV, p.150.) Early mentions of pommes de terre are fraught with danger as to identification; as often as not, the writer was referring to topinambours (Helianthus tuberosus), popularly called Jerusalem artichokes in the United States; in really early mentions, the reference could even be to truffles. Les truffes, however, are dealt with elsewhere, and the grouping here removes any element of doubt as to the true identity of pommes de terre (Solanum tuberosum), what Southern cookbooks tended to call Irish potatoes to differentiate them from sweet potatoes. Cheruis [chervis] refers to skirrets (Sium sisarum), and that was a merry chase. I found receipts for cercifis in Dictionnaire Potatif de Cuisine (1772), including one much like the fritter method above, but no information on identity. French dictionaries are remarkably uninformative; Robert helpfully refers the reader to cumin, and Larousse Gastronomique describes it as a plant originating in China, the root of which ‘is of an extremely sweet and aromatic savour, once highly regarded and sought after, but today is hardly known,’ with not a hint of further identification. Nor were recent mammoth American and English reference works any more useful. I had to go all the way back to Randle Cotgrave’s A Dictionarie of the French and English Tongues (1611) to find ‘Chervis: m. The root Skirret, or Skirwicke.’ With skirret, I am on familiar ground, as it was enormously popular in Tudor times. Thus armed, I turned to the OED, where I found that skirret is a popular alteration of Old French erchervis, thence to Sturtevant, where I found supporting evidence to the effect that it was much used in French cookery, giving the name as chervy, corresponding more or less to the French pronunciation of chervis. A related strain is popularly called water parsnip. Neither the chervis nor the topinambour is mentioned among the Legumes in the Jefferson document to hand. He did, however, cultivate Jerusalem artichokes (variously calling them topinabours). Salsify was quite another story. Not only did he cultivate it, but it was purchased with some frequency during his years in The President's House. Receipts also appear in the family manuscripts. As for the cooking of the salsify and potatoes, it is not clear whether or not the immediately preceding instructions concerning frying refer to them as well. Judging by Ude's pairing of receipts for Salsifis and Fried Salsifis, it is possible they did, but perhaps not. What it does show, is that it was but one step to the following receipt, that of frying the potatoes à cru rather than first boiling them. Pommes de Terre en Friture. Make a batter with potato flour, two eggs mixed with a little water; add a spoonful of oil, a spoonful of eau-de-vie, salt & pepper; beat your batter well so that there are no lumps; peel the Pommes de terre crues [raw potatoes] & cut them into slices, dip them in the batter & fry them of a beautiful colour. (Translated from La Cuisinière Républicaine, 1795-6, pp.22-3.)

These are to be turned when raw, and cut of the same thickness as in No.1 ;* then fry them in clarified butter. If you should have any goose dripping it would do better. When the potatoes are fried of a fine brown colour; and crisp, drain all the grease on a towel, and serve them quite hot on a napkin, or in a deep dish, for this entremets cannot be dished nicely in any other way Do not forget to sprinkle them over with a little pounded salt. * … turn them in the shape of big corks, and cut them into slices as thick as two-penny pieces. (Louis Eustache Ude, The French Cook, [1813], 1828, pp.337, 336.) The editorial asterisks indicate the pertinent instructions from ‘Potatoes a la Maitre d’Hôtel’. I suggest that Ude’s procedure for turning the potatoes before slicing them is what is meant by LeMaire’s instructions, as transmitted by Jefferson, for pommes de terre frites, à crus, en petites tranches, that is, cutting small neat circlets. As to the thickness, Mary Randolph called for ‘shavings’, an instruction which I suggest reflected LeMaire’s practice.

Cut raw potatoes into slices; throw them into a nice hot friture [boiling fat]; when they are  [shatteringly crisp] – take them out, sprinkle them with fine salt, and serve hot. Translated from L[ouis]-E[ustace) A[udot], La Cuisinière de la Campagne et de la Ville 1823, p. 226.) As discussed before, it could not have taken long for French chefs to realize that the batter method was not necessary for frying slices of raw potato to their desirable characteristic crustiness. (I believe that the above receipt appeared in the first edition of 1818, but have not been able to verify it; in any event, it was decades before the American ‘invention’ of the dish at Saratoga Springs.) For such a receipt to appear in a work directed to housewives, means that it had been going on for some time, perhaps before the time of La Cuisiniere Républicaine, a quarter of a century earlier. As I say over and over again, historically there was a considerable lag between practice and print. Audot gives several variations, one of them lifted all but verbatim from La Cuisinière – except that he simply calls for flour rather than potato flour in the batter. While I cannot approve of ‘borrowing’ receipts, historical ‘publishers’ works’ such as Audot’s La Cuisiniere de la Campagne et de la Ville, are a treasure trove for culinary historians precisely because they are but compilations of receipts that have found their way into culinary practice. Another example is The Cook’s Own Book, Being A Complete Culinary Encyclopedia, thought to have been compiled by Mrs. N.K.M. Lee. At least she was rather more honest about it than most of her kind.

Peel large potatoes, slice them about a quarter of an inch thick, or cut them in shavings round and round, as you would peal a lemon; dry them well in a clean cloth, and fry them in lard or dripping. Take care that your fat and frying-pan are quite clean; put it on a quick fire, watch it, and as soon as the lard boils and is still, put in the slices of potatoes and keep moving them till they are crisp; take them up and lay them to drain on a sieve; send them up with very little salt sprinkled on them. (Mary Randolph, The Virginia House-wife, 1824, p.118. Emphasis added.) I have included this receipt with others for French fries because I believe that it originally came from LeMaire; pace Zuckerman, it does indeed concern French fries, Pommes frites, call them what you will. I am a little puzzled about the thickness of the slices; Carême calls for the thickness d’une ligne, amounting to one-twelfth of an inch, and I suspect that this was the usual thickness, at least among chefs. She does, however, call for shavings in the next breath, and it would be difficult to get potatoes thinner than that.

Prepare raw yellow potatoes of Holland as in the preceding receipt,* wipe them perfectly dry, have a beautiful friture of fat, or better of oil; plunge the potatoes into the friture when it is three-quarters hot, without taking the pot off the fire; move the potatoes about frequently with a skimmer so that they do not stick to the bottom of the pot; after a few moments they will rise to the surface, but one must not cease moving them, this so as to assure equal colouring; when you see that they are très croustitlantes [crackling crisp], drain them in a strainer and then throw them in a sauteeing pan with two ounces of butter, and salt; serve them en buisson [a bush-like decorative mound], which you top with fried parsley. *Take large potatoes of Holland, cut them en bouchons [cork-shaped] the diameter of a two-franc coin; cut them into slices the thickness d’une ligne, throwing them into water as they are cut. (Translated from M. Antonin Carême, as transmitted by Plumerey, working from the master’s notes, in L’Art de la Cuisine Française au Dix-Neuvième Siècle, 1844/1847, vol. V pp.507, 506.) Editorial asterisks refer to the pertinent instructions in the preceding receipt. As with all receipts transmitted by Plumerey, I believe that we can with some assurance say that this receipt in fact antedates 1833.

Peel a pound of potatoes, cut them into very thin slices, almost shavings; put some flit into a frying pan; when very hot, but not burning, throw the slices in, not too many at a time, as they will stick together; move them about with a skimmer; to prevent it. When a nice brown colour, take them out, and sprinkle some salt over; serve them up separate, or over broiled meat Two inches of fat ought to be in the pan. (Alexis Soyei; A Shilling Cookery for the People, 1845 and later editions, No 298. Emphasis added.)

1. While the English term frying comes from the French, it is not nearly so specific as frite; indeed, it is necessary to resort to the term deep-fat frying to differentiate it from pan-frying, which more nearly corresponds to French sauter. 2. That is, cooks in France, and even the United States, had been making French fries and thin potato chips for perhaps half a century or so before some hotel keeper had the perspicacity to christen them Saratoga chips. Richard J. Hooker, in Food and Drink in America (1981, pp.118,383), gives the year as 1853, and reports conflicting accounts, one crediting Montgomery Hall, the other Moon’s Lake House. In short, fakelore. 3. By definition, chefs de cuisine are male; the ancient tradition of the guilds in that regard rules to this day in France. Historically, they wrote the cookbooks; they still do, by and large. And it may well be that potatoes played a greater role in popular cookery than in haute cuisine. Even so, LeMaire knew of them, as the Jefferson document demonstrates.