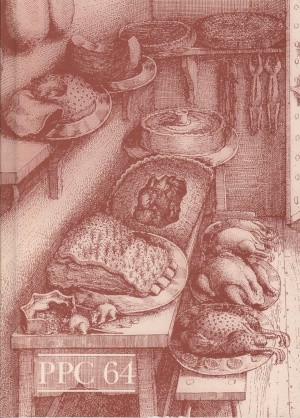 William Ellis, whose Country Housewife’s Family Companion (1750) we republish this month, included this poem in his text. Although I feel I may have encountered it in one anthology or another, I cannot lay my hands on the culprit, so deem it possible that others may not have met it. It is enjoyable. The author is Leonard Welsted (DNB, 1688–1747) a civil servant and occasional poet, epitomized by Pope in The Dunciad in the lines, ‘Flow, Welsted, flow! like thine inspirer, beer; / Though stale, not ripe; though thin, yet never clear; / So sweetly mawkish, and so smoothly dull; / Heady, not strong; o’erflowing, though not full.’ It was his first poem, written in 1704. In The Oxford Companion to Food, it is mistakenly ascribed to William King, the author of The Art of Cookery, 1708. Of APPLE-PYES: A poem, by Mr. WELSTED. OF all the delicates which Britons try, To please the palate, or delight the eye; Of all the several kinds of sumptuous fare, There’s none that can with apple-pye compare, For costly flavour, or substantial paste, For outward beauty, or for inward taste. WHEN first this infant dish in fashion came, Th’ ingredients were but coarse, and rude the frame; As yet, unpolish’d in the modern arts, Our fathers eat brown bread instead of tarts: Pyes were but indigested lumps of dough, ’Till time and just expence improv’d them so. KING Coll (as ancient annals tell) Renown’d for fiddling and for eating well, Pippins in homely cakes with honey stew’d, Just as he bak’d (the proverb says) he brew’d. THEIR greater art succeeding princes shew’d, And model’d paste into a nearer mode; Invention now grew lively, palate nice, And sugar pointed out the way to spice. BUT here for ages unimprov’d we stood, And apple-pyes were still but homely food; When god-like Edgar, of the Saxon line, Polite of taste, and studious to refine, In the dessert perfuming quinces cast, And perfected with cream the rich repast: Hence we proceed the outward parts to trim, with crinkumcranks adorn the polish’d rim, And each fresh pye the pleas’d spectator greets With virgin fancies and with new conceits. DEAR Nelly, learn with care the pastry art, And mind the easy precepts I impart; Draw out your dough elaborately thin, And cease not to fatigue your rolling-pin: Of eggs and butter, see you mix enough; For then the paste will swell into a puff, Which will in crumbling sound your praise report, And eat, as housewives speak, exceeding short: Rang’d in thick order let your quincies lie; They give a charming relish to the pye: If you are wise, you’ll not brown sugar slight, The browner (if I form my judgment right) A tincture of a bright vermil’ will shed And stain the pippin, like the quince, with red. WHEN this is done, there will be wanting still The just reserve of cloves, and candy’d peel; Nor can I blame you, if a drop you take Of orange water, for perfuming sake; But here the nicety of art is such, There must not be too little, nor too much; If with discretion you these costs employ, They quicken appetite, if not they cloy. NEXT in your mind this maxim firmly root, Never o’er-charge your pye with costly fruit: Oft let your bodkin thro’ the lid be sent, To give the kind imprison’d treasure vent; Lest the fermenting liquors, mounting high Within their brittle bounds, disdain to lie; Insensibly by constant fretting waste, And over-run the tenement of paste. TO chuse your baker, think and think again, You’ll scarce one honest baker find in ten: Adust and bruis’d, I’ve often seen a pye In rich disguise and costly ruin lie; While the rent crust beheld its form o’erthrown, Th’ exhausted apples griev’d their moisture flown, And syrup from their sides run trickling down. O BE not, be not tempted, lovely Nell, While the hot piping odours strongly swell, While the delicious fume creates a gust, To lick th’ o’erflowing juice, or bite the crust: You’ll rather stay (if my advice may rule) Until the hot is temper’d by the cool; Oh! first infuse the luscious store of cream, And change the purple to a silver stream; That smooth balsamick viand first produce, To give a softness to the tarter juice.