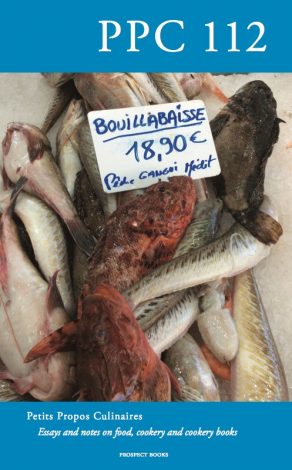 28 The Culinary Vocabulary of the Anglo-French Lay of Haveloc: Getting it Wrong William Sayers

66 Food Production and Consumption in Cameroon

Art. Potato… Mashed Potatoes (Potato puree). – Mealy potatoes are best. These, when boiled in the usual way, are generally rubbed down by English cooks with the back of a wooden spoon. French cooks press them through a wire sieve, which ensures a finer grain. The mash is then put into a stewpan, with fresh butter, cream or very good milk, sometimes a spoonful of broth, pepper, salt and it may be nutmeg; and it is vigorously sitrred over the fire, to make it light.

Art. Pureés… One of the leading points of difference between English and French cookery turns on the greater carefulness of the latter in making a Purée. It is not a question of skill; it is wholly one of good faith. The English cook is content with slovenly work: hence mashed potatoes full of lumps, and spinach full of strings and coarse. The English cook shirks the labour of the sieve. If the thing is worth doing it is worth doing well; and it must be repeated that the result depends not upon skill, but upon honesty. It is the honesty of their work, as much as anything else, that gives the French cooks their superiority in dressed vegetables.

When it was announced that Joël Robuchon died on 6th of August, one word was on every ones lips, ‘purée.’ French slang similar to ‘darn’ or ‘shoot’ in English, it is more commonly used as shorthand, for ‘purée de pommes de terre’ – mashed potatoes. Playing on the double sense of the term, the author of an article in the popular French TV mag, Telerama, chose as a title for his Robuchon obituary ‘Oh purée – Joël Robuchon est mort!’In 1981 when Robuchon opened his first restaurant in Paris, Jamin, mashed potatoes were already on the menu. In the 1982 edition of their guide to France, Gault and Millau devoted a lengthy entry to Jamin praising such Robuchon creative dishes as his Poêlée de langoustine à l’étuvée de ris de veau et de légumes aux truffes (sautéed Dublin bay prawns with braised sweetbreads, vegetables and truffles) and Nouilles aux écrevisses et coquilles Saint-Jacques (pasta with crayfish and scallops) before calling attention to his Tête de porc à la sauge (pig’s head with sage) which was served with ‘an extraordinary purée de pommes de terre.’ They didn’t elaborate on what made this purée extraordinary but the reason was surely obvious: butter.

At the time, cooks in France typically made purée with 2 oz (60g) of butter per 2.2 lbs (1 kilo) of potatoes and ‘finished’ it by adding a little less than 6 fl oz (2 dl) of milk. In 1986, when Robuchon published Ma Cuisine Pour Vous, he ‘told all.’ His purée was made with aproximately half a pound of butter (250g) for every 2.2 lbs (kilo) of potatoes and 6 fl oz (2 dl) of milk. Almost as an afterthought he added, ‘the amount of butter may be increased to 500g per kilo of potatoes’ – which he apparently didn’t hesitate to do in his restaurant. If Robuchon’s purée was received with surprise and delight, it was by no means revolutionary. In the second edition of his Guide Culinaire in 1907, Auguste Escoffier included a recipe for Purée de pommes de terre in which he uses roughly the same ratio of butter to potatoes as Robuchon did some eighty years later. What’s more, in his Livre des Menus of 1912 Escoffier recommends serving the purée with a Pied de Porc Truffé (truffled pig’s foot) – a combination that foreshadowed Robuchon’s use of the purée to garnish his pig’s head creation. So what made Robuchon’s potatoes such a sensation ? First of all, potato dishes had fallen from fashion by the time Robuchon put mashed potatoes on his menu. In homes, schools and modest bistros the purée was as popular as ever but of the sixty-six potato recipes in Escoffier’s magnum opus only a handful had survived the upheaval caused by the emergence of Nouvelle Cuisine in the 1970s; the potato dish one was least likely to encounter in a restaurant with gastronomic pretensions was the purée. Hence, it was an immediate hit with Parisian snobs and became a ‘must-taste’ for the gastronomic cognoscenti. Initially served only with his pig’s head dish, Robuchon was soon obliged to offer a little bowl of purée as a ‘side’ with virtually every item on the menu. Mashed potatoes had becomehis signature dish and Robuchon an acknowledged authority on potato cookery. Indeed, his second book, Le Meilleur & le Plus Simple de la Pomme de Terre (1994), was devoted entirely to potato recipes. In it he gave a new version of his now famous purée in which the initial ratio of potatoes to butter remained the same, but he substituted an obscure heirloom potato – La Ratte – for the much more common and mundanely named BF 15 he had called for earlier. He also boiled the potatoes in their skins (he had previously called for peeling them first), and in addition to being ‘mashed’ by working them through a vegetable mill, he recommended that the purée be worked through an extremely fine drum sieve before serving to increase its creamy texture. La Ratte started to appear in speciality stores at extravagantly high prices. Foreign aficionados were known to smuggle bags of them out of France and the sale of drum sieves exploded. In the course of the years that followed Robuchon became an entrepreneur, opening restaurants in Tokyo, Las Vegas, London, Hong Kong, Monaco, Taipei, Singapore and Bangkok. Wherever he went, his purée went with him, virtually unchanged – except in Tokyo where it was served with sea urchin and laced with coffee!

Only one other person has had his name so closely associated with the potato in France – Antoine-Augustin Parmentier, the French pharmacist turned agronomist who is credited with popularizing the spud in the late 1700s. To this day dishes made with potatoes are called Parmentier or à la Parmentière. Will there a potato dishes à la Robuchon in the future? Probably not. One dish does not a Parmentier make. Purée!