6 The Village in the Valley 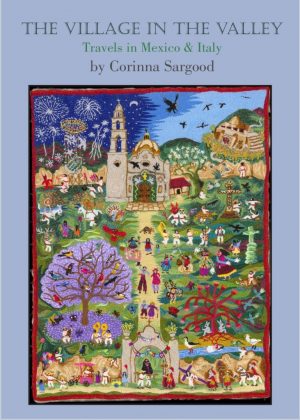 Corinna Sargood, who illustrated Patience Gray’s Honey from a Weed, spends several months each year in Mexico with her partner, Richard, a furniture maker. They live a simple life, renting a home in the Village in the Valley, south of Mexico City, a life she began in her fifties.

When Corinna was fifty, she first travelled to Mexico, with Richard, her partner of a few months standing. She had a commission to illustrate a book by the novelist Angela Carter. “Angela Carter had asked me to make another series of lino cuts to illustrate the second Virago Book of Fairy Tales that she was editing. As I had calculated that it would take about 3 months to complete, it seemed a good opportunity to decamp to another country and to work there. Angela was a great friend of mine.”

Corinna and Richard just took a few clothes hoping to establish their first home together. Most of the time they ended up with leaking roofs, dirt floors that became a sea of mud when they stepped out of bed, and the only shower a bucket of water en plein air, behind a make shift plastic sheet.

The book is a love story, a memoir and a travel diary.

In addition, the book contains Corinna’s escapades in Italy as a young woman. Corinna and Richard now live in Frome, Somerset, where they live a creative life, illustrating and making furniture, in their seventies.